You’ve probably heard the term “quiet quitting,” which began on TikTok and then went viral online. In short, quiet quitting refers to employees silently rebelling against their employer by doing the bare minimum at work.

This rebellion is being triggered by work-related stressors, such as low pay, burnout, lack of advancement opportunities or poor working conditions. These employees no longer go the extra mile; they simply do what their job description requires — just enough to avoid getting fired.

Now, employers are fighting back in the form of quiet firing.

What is quiet firing? 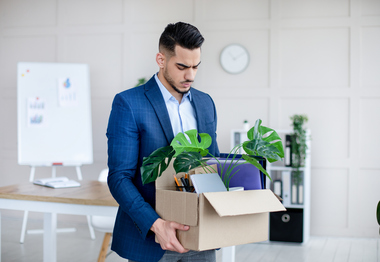 Time magazine explains, “Social media influencer DeAndre Brown was one of the first people to mention the term in a viral TikTok video on Aug. 24, where he describes ‘quiet firing’ as a workplace that fails to reward an employee for their contributions to an organization, forcing them to leave their jobs.”

For example, the employer refuses to give a pay raise to an employee who clearly deserves it.

Other signs of quiet firing, according to an article on Forbes.com, are:

Does quiet firing work for employers?

Time magazine cites the following quote from a LinkedIn post that went viral:

“It [quiet firing] works great for companies…eventually, you’ll feel so incompetent, isolated, or unappreciated that you’ll go find a new job, and they never have to deal with a development plan or offer severance.”

However, experts caution employers against quiet firing, as it can backfire for these reasons:

What employees can do

Career experts advise employees to speak up if they think they are being quiet fired. They should be transparent with their managers about the issue. But if their managers refuse to address the problem, employees should take the matter to HR or the manager’s boss.

Similar to quiet quitting, quiet firing is not a recommended practice.

What Is Workplace Conflict and How Can You Resolve It?
What’s The Best Process of Finding a PEO? Check This Brief Guide for 2023