According to the Bureau of Labor Statistics, in 2020, there were 2.7 million nonfatal workplace injuries and illnesses, as reported by private-sector employers. Upon hearing that one of these types of workplace incidents has taken place, the appropriate plan of action on the part of the employer is to open an investigation and take a closer look at the situation. 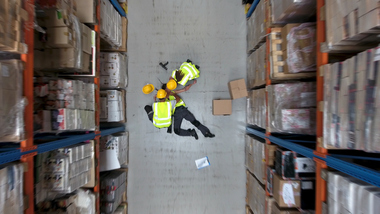 As it currently stands, the Occupational Safety and Health Administration does not have requirements set in place when it comes to performing incident investigations. Despite this, OSHA still highly recommends that employers “investigate all incidents in which a worker was hurt, as well as close calls (sometimes called ‘near misses’) in which a worker might have been hurt if the circumstances had been slightly different.”

According to OSHA, in previous years, the word “accident” was used as a way of describing an undesirable, unwanted and unplanned set of circumstances. This aligns well with most people’s perception of accidents as being random and unexpected occurrences that happen without warning and could not have been avoided.

However, the reality of workplace injuries and illnesses and work-related fatalities is that the vast majority of them could have been prevented and avoided. As such, OSHA suggests referring to it as an “incident” investigation rather than an “accident” investigation.

Regardless, prior to beginning the initial steps of the investigation, make sure your employee is cared for, both physically and mentally. Check him or her for injuries. If he or she needs additional care or medical attention, make those arrangements immediately. From there, you’ll want to adhere to your company’s process of investigating workplace incidents.

Keep reading to learn about four steps that should be part of all investigation processes.

1. Gather information about the incident

When collecting information pertaining to the incident, we recommend gathering details about the following circumstances:

2. Interview the people involved in the situation

Conduct interviews with anyone who was involved in the incident or present at the time it took place. This includes speaking with the injured employee as well as anyone who witnessed the event. It’s best to seek the assistance of an unbiased and diplomatic interviewer who can talk to people who may have information that can help the investigation.

3. Determine any and all contributing factors

You will need to identify the primary cause of the incident as well as anything else that could have contributed in some way to the event. Since the intent is to uncover the reason behind the undesirable event, it’s important to avoid blaming people left and right before you have actual evidence of the circumstances. For example, if the injured employee admits that they did not adhere to the company’s safety protocols, think about the reasons why they did not comply as expected instead of calling the employee names or immediately punishing them.

Take a look at the information that has been gathered during the investigation. From there, consider your options in terms of potential solutions and preventive measures that you can take to prevent the workplace incident from happening again in the future. For instance, if the employee who sustained the workplace injury violated the company’s safety rules, be sure to take corrective action based on your company’s policy.

Other considerations worth making

To learn even more and gather additional information about conducting an incident investigation, read the National Safety Council’s official guide.

Which Former Employees Are Eligible for Rehire?
When Should You Hire a CFO?