A growing number of U.S. employers, both large and small, are starting to build new complexes or purchase apartments that can be used to house their staff members. This is incredibly appealing to many employees, given the state of the economy. 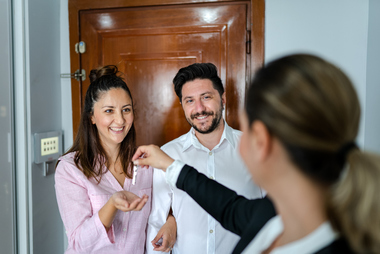 Due to the nationwide surge in real estate prices, workers are being pushed to the outskirts of town, which extends the duration of their commutes. With rent prices continuing to rise significantly faster than wages are being adjusted in response to increased costs of living, employers are starting to take matters into their own hands.

This burgeoning phenomenon could ultimately change the dynamic that exists between employers and employees. The outcome could be the creation of paternalistic relationships that are eerily reminiscent of company towns that once existed all over the United States. Workers would have access to housing through their employers for as long as they remained employed.

However, doesn’t this mean that if you lose your job you run the risk of losing your house as well? This is a very daunting possibility, which points to one of the downsides of employer-provided housing.

The rent prices in popular tourist markets continue to surpass the dollar value of workers’ wages, with rates in Hilton Head Island, South Carolina, and Orlando, Florida, surging by 24% over the course of one year. Ski towns and wealthy playgrounds, such as Jackson, Wyoming, have housed workers for years due to the outlandish costs of real estate.

How has the pandemic impacted the rental market?

The pandemic real estate boom has pushed employers of all types, including mom-and-pop businesses, into positions in which they are actively providing their employees with housing assistance. For example, a car repair shop owner in Breckenridge, Colorado, took it upon himself to build two apartments above his garage.

Doing so cost him a total of $560,000 just to help two employees who couldn’t find anywhere affordable to call home. While living above a garage isn’t ideal, it was a place where new hires could crash when their options were limited.

The pandemic also sparked a remote-working rush, at which point people started flooding into scenic mountain towns such as Breckenridge. As a result, the influx of people caused the price of a single-family home to climb by 22% and reach a height of approximately $1.6 million last year. Providing employees with housing went from being an occasional practice among employers to becoming a necessity in many cases.

As another example, Rocky Mountain Hospitality bought a four-unit building last summer. Ever since, the company has been renting the spaces to three employees in addition to a long-standing tenant. Instead of complaining, the employer decided to solve the problem its employees were facing.

The employer-landlord model is picking up elsewhere in America, particularly in the tourist-rich areas where the combination of pricey real estate and low-paying hospitality jobs is omnipresent. For instance, the Walt Disney Company is reportedly exploring housing options for permanent employees in the Orlando area, where the company already houses a number of students.

As another example, take Bozeman, Montana, in which the median price for a single-family house has risen to $812,000. Furthermore, a company called Bozeman Health has invested in a new complex that will include apartments for its workers and other employees in need of housing assistance. According to Brit Fontenot, Bozeman’s economic development director, “The private sector just can’t wait for the government to get its wheels turning.”

Stuyvesant Town and Peter Cooper Village — both of which are geographically located above the Lower East Side and below the Murray Hill neighborhoods in Manhattan, New York — are examples of modern-day urban housing efforts. The 100-plus red brick residential buildings are scattered across 80 acres of parkland and playgrounds.

These units were developed by the Metropolitan Life Insurance Company, which was paired with the push and backing of Robert Moses, New York’s planning czar in the post-WWII years in the mid-to-late 1940s. These structures were initially built with veterans of WWII in mind.

Metropolitan Life Insurance wasn’t the only life insurance company that made the decision to assist employees with housing. From the late 1930s to the late 1940s, life insurance companies built approximately 50,000 middle-income rental apartments across the United States. The firms believed that large-scale housing offered a secure and profitable investment as well as good publicity for the industry.

But today, the difficulty that trying to find affordable housing poses has been prompting company owners to make the decision to help their employees. As another example, an employer who was faced with the challenge of finding workers for his assisted-living center decided to purchase properties and offer below-market rental prices to employees. This helped him not only put people to work for him but also retain more workers than usual as a result.

Companies today may want to think about providing housing to people in their communities, thereby providing them with both a place to live and a place to work. Not only can they help other people, but they can also help themselves by assisting current and future employees alike.

What Is Insubordination in the Workplace?
Digital Tools for HR and Payroll