Take a Look at the Alternative Workforce 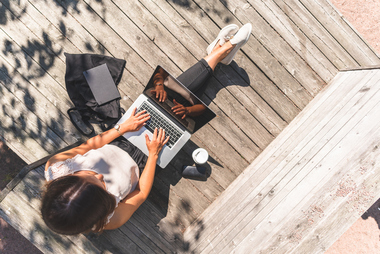 If you’re having staffing issues, alternative workers may be able to help.

Who are alternative workers?

Originally referred to as contract workers, alternative workers is a category that now includes freelancers, contractors, contingent workers, gig workers and outsourced workers. Essentially, alternative workers are people who fulfill job requirements and do work in ways that are not conventional, meaning they’re not hired via official employment.

All of these groups of people offer their services on a contractual basis to other businesses or people in need of assistance completing work. In other, far more simplistic, terms, alternative workers are self-employed individuals.

Why do businesses hire alternative workers?

According to a survey conducted by Ceridian between 2019 and 2020, alternative workers serve “as a resource for companies looking to scale up and down at a lower cost, bring products to market faster, and focus on their core business.”

The ever-increasing demand for workers who have honed very specialized skills is one of the many reasons why businesses often hire alternative workers. Even better, alternative workers tend to be experts in their field and industries, meaning the workers require little to no training before offering professional-level skills to those who hire them.

In fact, employees can increase an employer’s expenses associated with payroll and benefits by approximately 20% to 50% per year. All in all, hiring alternative workers is administratively simple because they are not covered by employment laws.

In 2018, National Public Radio reported that 1 in 5 U.S. jobs is completed by contract workers, and within a 10-year span, “contractors and freelancers could make up half of the American workforce.”

According to the Society for Human Resource Management, nearly 40% of workers, of whom are under the age of 35, currently offer their skills as contract workers in addition to working full-time jobs. “However,” as stated by Dice.com, “the prevalence of self-employment in the United States is growing significantly   not as a supplement to full-time jobs, but instead as full-time work itself.”

In the 2019 to 2020 Ceridian survey, over half of all alternative workers said that they had long-term plans to remain on that dual path of alternative work and employment for the foreseeable future. Following this massive growth of alternative workers in society, observers are attaching the word mainstream to the alternative workforce. According to SHRM, the main reason for this enormous growth is modern-day technological advancements. People can work from nearly anywhere nowadays, and studies show that 64% “of freelancers find their work online.”

More than just an IT resource

In its earlier years, alternative work was mostly associated with information technology and other technical tasks. However, in present times, alternative work has expanded to a far wider range of activities, including marketing, operations, research and development and customer service.

Interestingly enough, managing the alternative workforce is not always a core HR responsibility. In fact, an SHRM survey found that many companies that hire alternative workers allocate the management of said workers to their purchasing departments rather than HR, as one might expect. However, that trend is changing as employers compete more fiercely for top talent.

©2022
Characteristics of a Healthy Workplace Culture